Happy New year - who knows what the future will bring?? 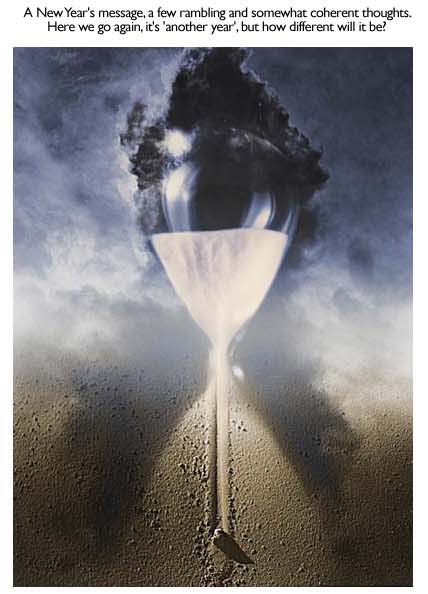 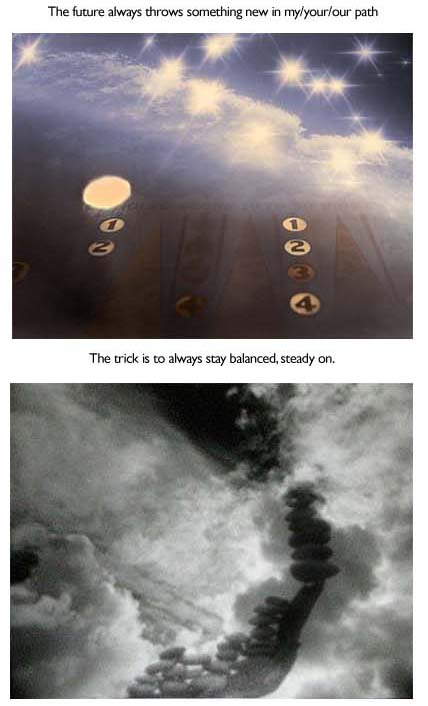 Posted by CaliforniaSilverwizard at 12:35 PM No comments: 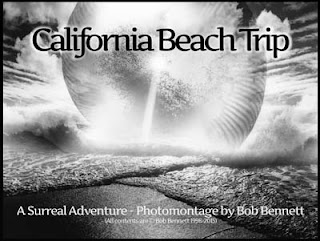 I made a big goof on the cover of my 'California Beach Trip" book - the image on the cover ran off the top of the page! Talk about stupid!
The blurberati were nice enough to pull it off amazon, and let me fix it.
But now in the previews i see, the text below the image isn't centered, even though in the edit preview, i did everything i could to center it. Is there a ghost in the machine?Hmmm - what do you think? Oh well, next time/next book i won't use the text boxes, that oughta solve that one.

If you want to see all the pages before you buy:
http://bobbennettphoto.net/BT_BW_Bk/index.html
Posted by CaliforniaSilverwizard at 11:01 AM No comments:

'Fire, walk with me'

“Set your life on fire. Seek those who fan your flames” 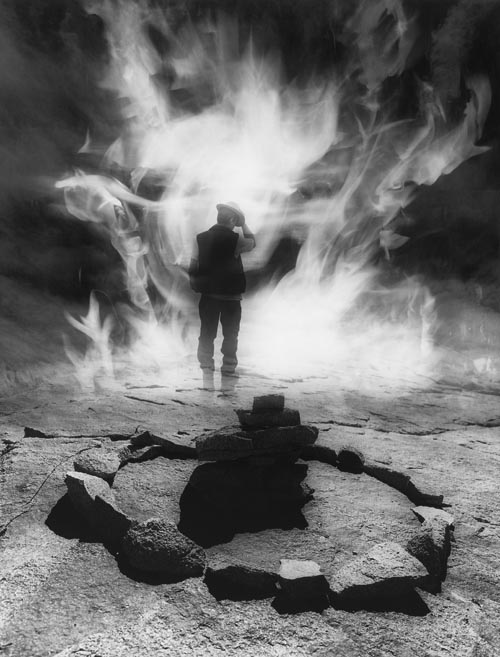 A cairn marks the way, an explorer has taken direction, and set off into the fathomable, unknowable distance. Flames rise around the explorer. He is lit up, 'on a mission from god' to quote a movie i saw, i think the Blues Brothers, an unlikely source of a quote describing this image.
Do you recognize the image title? It's from 'Twin Peaks', a David Lynch masterpiece.
And it never hurts to quote Gautama Buddha's last words: "walk on!"
And, yes, set your life on fire.
Posted by CaliforniaSilverwizard at 5:55 PM No comments:

A slight interuption in the normal flow of images.


After 20+ years of making darkroom photomontage, and not being able to get arrested for it, I am publishing books i make with Blurb, getting them on Amazon.

I recently published a revised version of the 'California Beach Trip' images - marvelous and mind-bending B&W darkroom montage images - done almost 20 years ago for a multimedia company that never used them.
The first version was a 'pull out all the stops' thing, adding many new digital images, & overlaying text on the images. i asked two excellent designer friends of mine what they thought, and both answered the same - 'get back to basics, just the B&W, use very little text, & don't put it on the images'.
I took their advice. So here it is, hope you enjoy - it is also much more affordable, fewer images and no blank pages. Add a copy to your bookshelf, or buy the e-Book - now that's affordable! 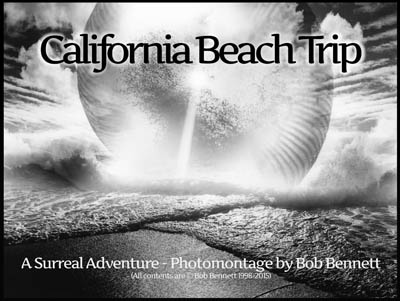 Yes, there are 3 different URL's, which seem to work differently on various browsers/systems - one of them will work for you, i sure hope!

The preview can't show all the images, but you can see them at the link below.

There's two more books waiting in the wings, stay tuned, I'll be back! 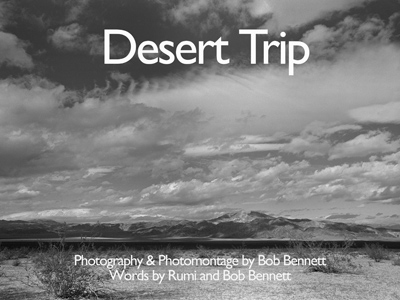 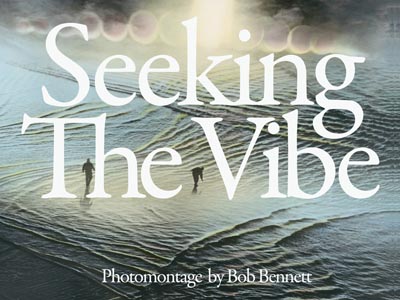 Posted by CaliforniaSilverwizard at 11:54 AM No comments:

CaliforniaSilverwizard
A traditional darkroom photographer who manages to survive reasonably well in a digital world, the "silverwizard" lives just north of San Francisco,California. He pays most of the rent by pushing pixels, and spends whatever time he can at the beach or desert. He still gets into the darkroom from time to time - it's the best fun you can have with your clothes on! For more on my techniques: http://www.bobbennettphoto.net/DarkRm2/index.html